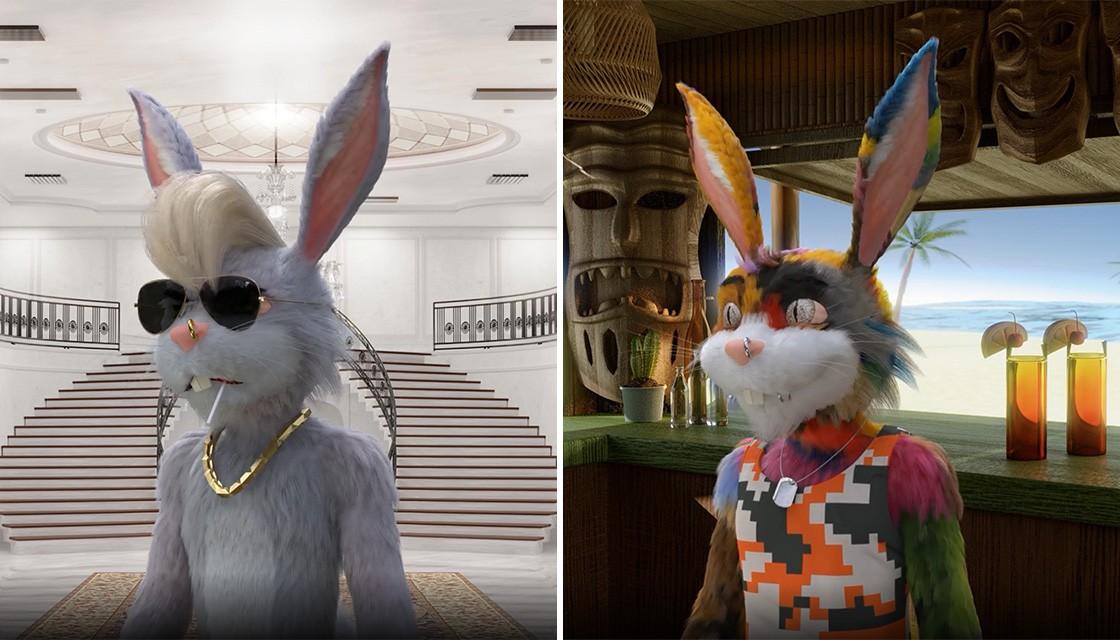 Non-fungible tokens (NFTs) continue to make headlines around the world, with a set of "Bored Ape Yacht Club" NFTs selling for US$24.4 million at Sotheby's overnight.

And while those who have invested in New Zealand-created NFT project FLUF World aren't seeing those sorts of prices yet, anyone in Aotearoa who picked up a FLUF when they went on sale a month ago can already make a handy profit.

Each one sold for 0.09 ether, the world's second biggest cryptocurrency, the equivalent of around NZ$440 at today's exchange rate.

However, OpenSea, one of the most popular digital marketplaces now has the floor price - the minimum you can expect to pay for a FLUF - at 0.54 ether, or NZ$2600. One has just sold for the equivalent of NZ$7222.

And while that kind of profit in just one month may be tempting Aaron McDonald, one of the co-founders, said owners will soon have more than a cute, animated bunny on the blockchain.

"Owners can name them, give them a backstory and soon will be able to take them to a digital dance party, download their favourite DJ track or take them into a gaming room," McDonald said.

"FLUFs are truly interactive media channels, avatars you can take with you into the future of the metaverse."

According to the website, more features are going to be added, including the ability to create baby FLUFs and access to online gigs with a range of musicians.

Each FLUF owner will also get a full 3D rigged model and have full commercial control over their rabbit.

"In the near future your FLUFs will be able to breed, distribute their newest music and content to their fans, or even play in games," said co-founder Brooke Howard-Smith.

"We are partnered with some pretty exciting people around the world to make this happen."

The project's carbon footprint will be offset by at least 100 percent too, the website says.