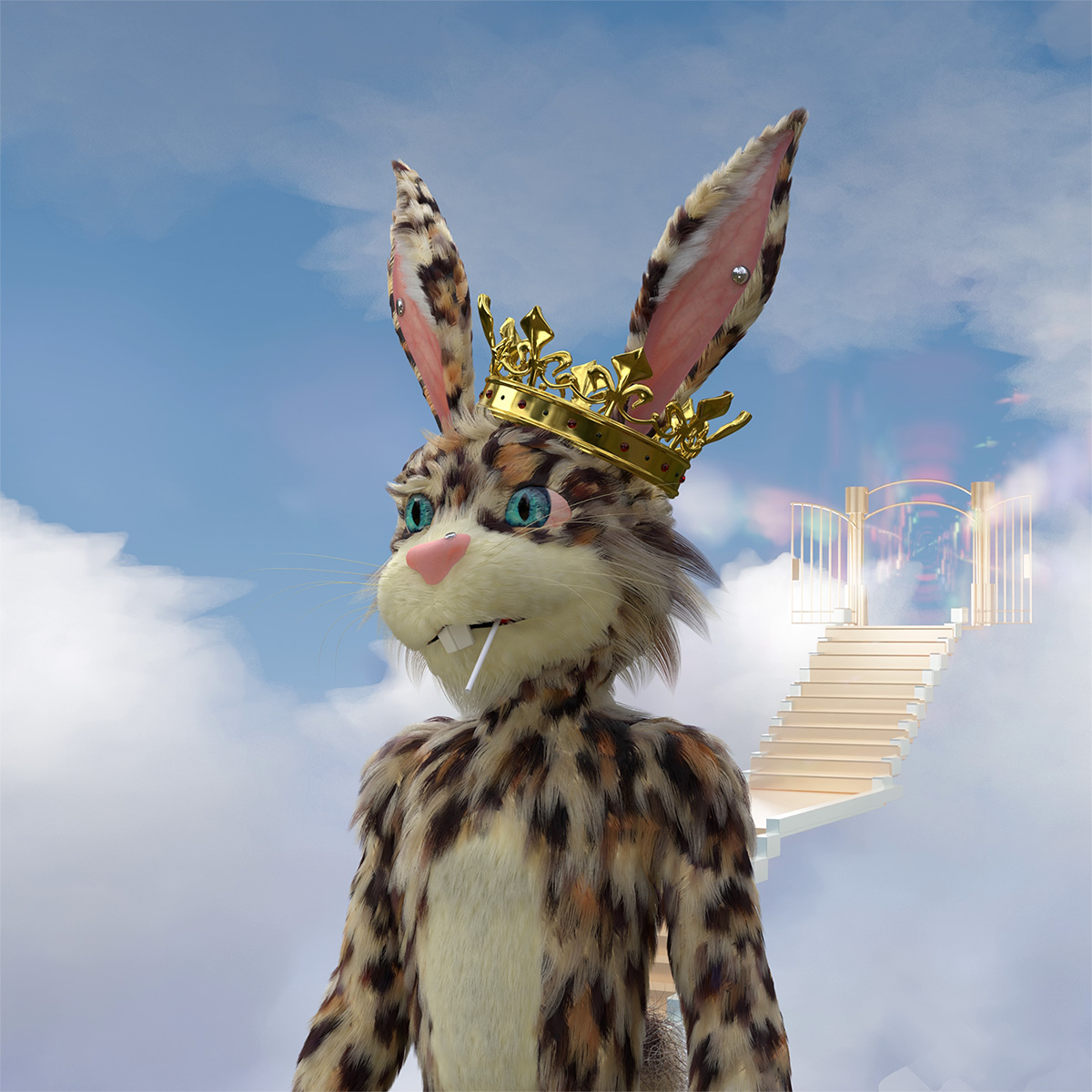 What the Fluf? 3D Bunnies Break the Blockchain

WTF is a Fluf? Bad-ass 3D bunnies on the blockchain are positioning themselves organically to become one of the top NFT projects in the space. As soon as I saw this super cool 3d rabbit bobbing his head on Fluf.world, I immediately knew something special was being made with this project.  I knew nothing about the team, or the project, only that what I saw was intuitively many levels above what I have seen so far in the space. So I have personally been waiting patiently for this project to drop.

Initially, they were set to launch on Aug 5th, on the same day as the EIP1559 update to the Ethereum blockchain, and due to some issues with gas spikes on the network, the team let the community vote on whether to delay the launch for 2 days or not- and the community voted in discord to delay the drop. Much to my frustration because I just wanted my damn rabbits.

The Fluf world project has set a new bar when it comes to avatar collectible projects in every aspect of what great execution looks like. The team handled challenges and issues that came up during the launch with transparency and a level of care for their community that was impressive to me as an observer.   I spent my Saturday night on Clubhouse with the team and some other excited future Fluf owners waiting for technical smart contract issues to be worked out.  They spoke about the issues in real-time and were very transparent during the entire drop.

Within 40 minutes of the public launch, they were completely sold out. And the project immediately climbed in value as the eyes on this project understood something was special about Fluf World in fact, before public minting was initiated, some of the limited presales for early supporters were being sold on the secondary market for nearly .5 ETH, this was another indicator of what was to come.

Within just a few hours of the project launch, there was a 25 ETH sale on the secondary market for the single rarest fluff which, at the time, was nearly $75,000 USD. This was yet another indicator for me that there was some serious energy behind this project.

Alex and the team over at Fluf world have built something incredible. The next level for avatar-themed projects has arrived. There is much more than meets the eye with this project and the road map is absolutely insane: from breeding, NFT staking, full access to 3d files, music, and multiple metaverse file formats; there is so much to be excited about.   It is important to note that anyone can write a good roadmap, and many teams can create some super dope art. But the combination of all the right elements has come together with this project in a particular and very organic manner.

Within 24 hours, the floor price of Flufs jumped up to 1.78 ETH at one point on the Sunday after launch at a mint cost of .09 ETH.  They have blown past nearly every other project on the charts in just 2 days and the momentum does not seem to be letting up. While this is not financial advice It would not be a bad idea to take a deeper look at this project, as I personally believe there is something special going on here.

You can see everything transparently on the blockchain using Etherscan where I was able to see in realtime during the launch what commands the team was sending to the smart contract, how many flufs were being minted during the presale, and even tracked how many till they were sold out after the public launch. You can also see how many wallets have over 100 flufs, which at the time of this article’s release is only 4. Learning how to read Etherscan is a highly underrated skill for looking at what’s really going on with a project. Another good resource is Opensea’s Stats page where Fluf has climbed into the top 5 projects in record time selling over 6.8K ETH in volume in just a few days.

The project is led by a superstar team out of New Zealand and if you check the bottom of the website you will see, Nonfungible labs, Centrality, Universe, and ASM.

It’s important to pay attention to different aspects of a project, like how they respond to their community and handle unforeseen issues, from my observations I have a high level of confidence that this team can continue to execute and do what they say they will do though this is always subject to change- so remaining involved in the community as a collector is always a good idea.

Aside from the massive success of this launch that has many whispering, that this is the next Bored Apes level moment in the NFT space, I absolutely love the artwork, the animations, the music, the energy, and the community.  I am admitting my complete bias here and my support for this project, however, I do believe there is much to be learned from this launch and this project in general.

There is a new standard for how to execute, what the community wants, and how to treat that community for other creatives in this space.  For collectors, you now also have a record of what kind of things can signal or indicate that a project will potentially be successful after a launch.

In my opinion, nine times out of ten it boils down to the community.  If I have learned anything about successful NFT projects, I believe that creators who can shift from acquiring customers to creating community will win in the long term. The bonds being formed human to human are very real and this level of connection to the various NFT project communities is one of my favorite aspects of NFTs in general, outside of the game-changing societal shifts non-fungible tokens will power into the near and long term future.