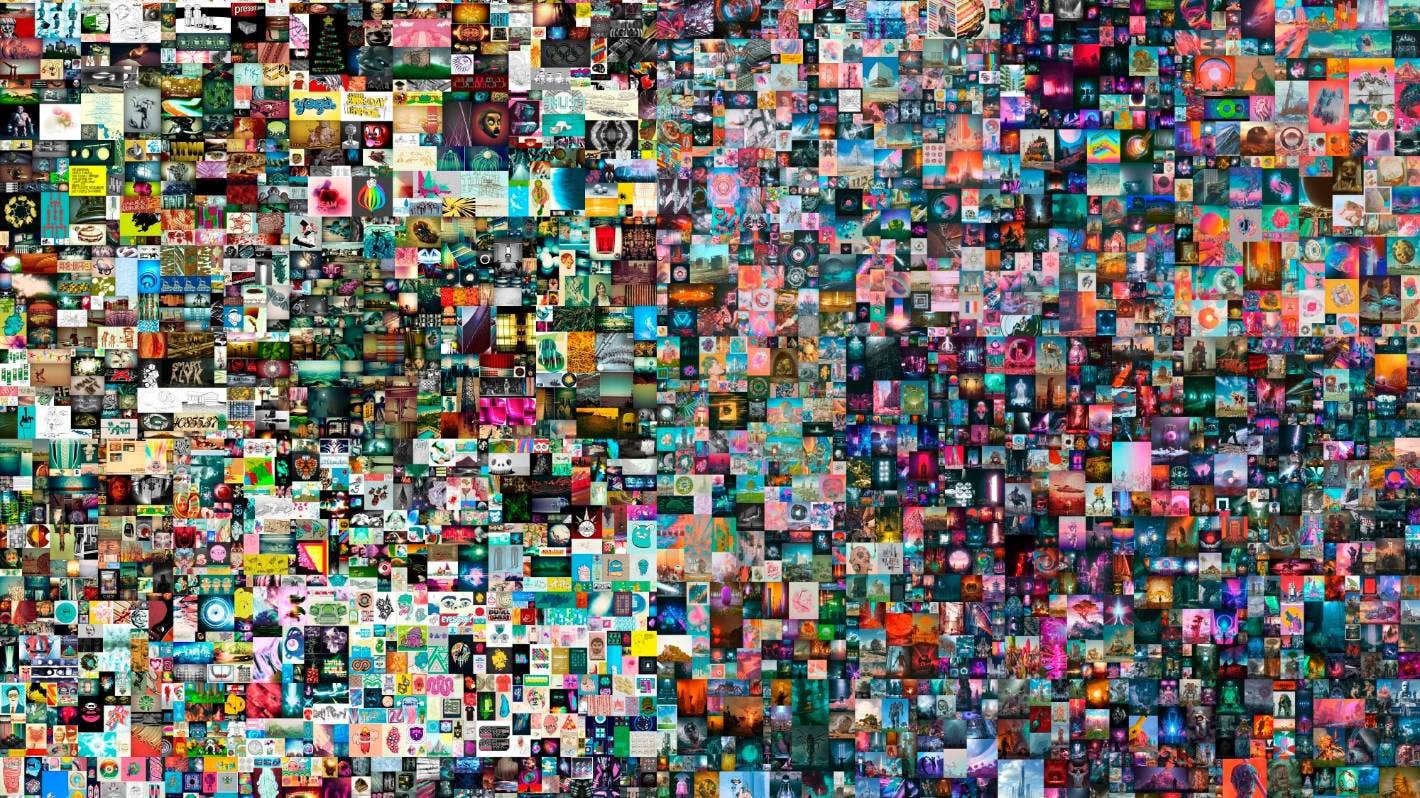 There’s little difference between a digital copy of art, or a physical, touchable, breakable sculpture, businessman Alex Smeele tells me.

We’re driving across Auckland, to a small corner of a shopping centre car park in Papakura. The story which brings us here is one of inexplicable wealth and a new technological fad which people like Smeele believe could change how we view ownership, property and art itself.

This car park is not the place you’d expect to find fine art, let alone a painting which purports to challenge the very notion of buying, selling and viewing art.

But almost everything about this mural is unusual – except the paint itself.

Its major difference is that it exists in both physical and “non-fungible token” (NFT) form.

Hayley King, a popular stencil artist known as Flox, painted the physical mural. It sits inconspicuously beside an air conditioning box. Cars drive up the ramp behind it and very few people wander by.

What’s normal about this art is, that like all street art, anyone could come and paint over it. Street art has a life expectancy, unless someone pulls out the wall.

The wall is not for sale.

Of that impressive sale price, a $6000 cut went to a complete stranger.

Kelly Hopkins was out walking with her four-month-old son, Alejandaro, when her mum sent her a link to a global treasure hunt.

Could she recognise this cracked black wall, with white spiderweb-like paint? She didn’t know it at the time, but because she knew the paint of the Papakura Farmers’ car park, she would win $6000.

Her family raced to the car park and scanned a QR code in the bottom left corner of Flox’s mural. Being the first people to scan the code made them the owner of a digital copy of this art. They won the only NFT Flox made available.

NFTs, or non-fungible tokens, are a way of tracking ownership. Fungible means mutually interchangeable. Cash is fungible because $20 in coins or in the bank is worth the same as a $20 note.

A non-fungible token is unique. Whilst you can sell the NFT, there is only one “token” or code. Each time an NFT is traded, it leaves a ledger of who bought it, for what, and from whom. It brings with it certain rules, as well.

Think of it as an enduring digital deed.

It will, in theory, be around long after the paint has been scratched off.

Every time the photo of Flox’s art is sold, the NFT rules will ensure the artist receives a cut of the sale.

A cut also goes to Smeele’s company, Unstoppable Art Machine, for coming up with and managing the idea and running this treasure hunt. Other installations have popped up in Christchurch, Melbourne, with more in the works.

The treasure hunt aspect is just a bit of fun, he says. Of course, NFTs can be sold directly from their creators – they don’t have to be found.

The idea came from Brooke Howard-Smith​, who used to present Target on Three, Centrality founder Aaron McDonald​, and digital marketer Matt Hunter. Smeele and two others came on to get the project going in just a few months.

“There’s a lot more earning potential for artists. Traditional artists often aren’t famous until they die, but with a model like this they keep earning, 50 years down the track, and their family can take a cut as well after they’ve died.”

But as we stand in front of the beautiful kōwhai flowers and kingfisher which Flox has put on the wall, there does seem to be a loophole in their scheme.

Nothing is stopping us from taking our own photos of this wall. In fact, we take a few.

We film an interview in front of it, and get a photo of Kelly standing in front of the art which earnt her $6000.

Why would someone spend $8300 on a digital photo of art?

“Like other art, you buy it because you love the art, you want bragging rights, or because you think it will sell for more,” Smeele says.

While $8300 may seem like a lot for “bragging rights”, offshore NFT art sales have gone for more.

An NFT for a jpeg collage titled Everydays: The First 5000 Days sold for US$69.3 million (NZ$95.7m) last month. That made it the third most expensive piece of art ever auctioned for work by a living artist, in this case American digital artist Mike Winkelmann.

With money like that, NFTs are taking off with artists this year. And while some may question the wisdom of spending thousands (or even millions) on a new screensaver, it’s undeniable that this new form of art holds true to one important mantra: art is in the eye of the beholder.